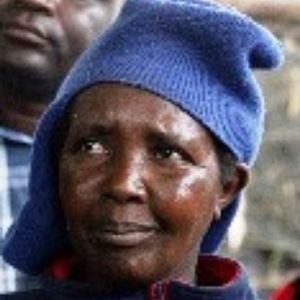 Ms. Margaret Kibira is a small scale dairy farmer and has a thriving dairy farm in Nyandarua County, in Kenya, and is part of the Muki Farmers’ Cooperative Society (MFC). MFC was one of the case studies for Procasur’s Learning Route: Linking smallholder farmers to commercialization practices – the case of Farmers Organizations in the Kenyan dairy sector. The story of Margaret and her dairy business started from a single cow and has grown to be her livelihood. Thanks to the milk collection routes that have been established in her county by the MFC she does not need to leave her farm to sell her milk as it is now collected from the doorstep of her farm every morning. Giving her more time to invest on her cows. She has also learnt prevention methods for diseases like mastitis and anaplasmosis and is savvy in topics like artificial insemination and feed supplements. Her farm is now a source of job opportunities in the area as she can afford to hire seasonal workers who help her during planting and harvesting seasons.

When she started farming, she was digging and harvesting potatoes. After some time and hard work she was able to buy one cow. At first Margaret faced several challenges related to droughts, diseases and price fluctuations but being a strong and hardworking woman her approach has always been to learn from such constraints and be resilient. She joined the Muki Farmers Cooperative to help her save and borrow money to expand her farming activities. She was able to sell her milk to them and they would package it and market it for her. The cooperative was crucial for the development of her dairy farm because they trained her on innovative approaches that guaranteed her farm to be a successful and viable enterprise. This season she has started the production of improved fodder crops and forage conservation methods to prepare for the next dry season in order to ensure that there are feeds for animals throughout the year hence maintain a steady milk supply. Margaret keeps improving her knowledge in milk handling and other husbandry practices. While initially her farming was unprofitable, today she has money in her pocket and she is a local role model.

She has experienced an increase in production from 10 litres of milk per cow per day to 95 litres of milk per cow per a day. This success is largely attributed to improved adapted breeds of dairy cows from the use of artificial insemination after attending a training about it.
There have also been reduced costs of production per litre of milk by around 40% without reducing the quality of the milk and a reduced production risk by 30 per cent thanks to forage conservation.
Margaret has increased her farming area to 8 acres of land for the dairy farming.
Increased incomes from the 50 litres of milk per day from dairy farming, from which she makes about USD $300 per month.
“I am very proud to share this knowledge through farmer to farmer trainings for members of the dairy cooperative to which I belong to. I always encourage members of my community to be part of a farmers’ cooperative that can support them and offer them extension services”.

A dairy cow weighing about 500 kg. and producing 20 litres of milk requires a minimum of 16 per cent crude protein in its diet. The longer the pasture is left before cutting, the poorer the quality, although a greater bulk of material is harvested. It is preferable to sacrifice quantity for quality, but this would depend largely on what class of livestock is to receive the silage. For instance, lactating dairy cows require better quality silage compared to dry cows. Pasture species like Kikuyu grass, Rhodes grass and Star grass are harvested at a height of between 18cm to 25cm (around five weeks of growth would yield up to 3.5 tonnes of dry matter (DM) or 11.6 tonnes fresh (30 per cent DM) silage per hectare. Due to the increasing prices of hay coupled with its relative lower nutrient content, pasture silage is becoming a better alternative. To fully realise the benefits of silage, the silage needs to be prepared and stored well.

The following are requirements for making good pasture silage:
Planting: Acquire good quality seeds and prepare the land in time. By studying the weather patterns in my area; I am able to produce fodder under the natural conditions and have enough to feed for quite some time.
Before closing off a pasture for silage, graze it heavily or remove any build-up of old herbagematerial by other means, to ensure that the new growth is of high quality.
Top dress with nitrogenous fertilizer (like CAN) after herbage removal at closing off to exploit the full potential of the pasture for optimal production.
Although some field losses will occur, most pastures should be wilted to 30 to 35 per cent DM content. Most pastures cut at the right stage for optimum quality contain about 15 per cent DM. On a hot day the rate of drying will be such that the DM increases about three to four per cent per hour. This means that one should allow a 3 to 4 hour wilting period during hot weather and about a full day’s wilting period for other times of the year.
Pasture that is chopped into short lengths (about 2.5cm) when ensiling, is easy to compact and feed out.
Plan to fill the silo as soon as possible. Otherwise, cover each day’s fill with polythene sheeting to reduce air movement.
Seal the silage within three days. Fermentation takes three to six weeks. Water or air seepage after fermentation destroys preserving acids and allows fungal development and secondary fermentation to take place.
Use additives where necessary. Legumes and some grasses like Rhodes, that are low in soluble carbohydrate (less than 10 per cent), will require a carbohydrate additive such as molasses.
Silage making is less dependent on the weather patterns and as such silage can be made even during rainy seasons whereas for hay it has to be made during hot seasons as sun dries it. Unlike haymaking, there is less bleaching of the silage by the sun with a consequent loss of carotene (vitamin A). Silage is better as a fodder bank because hay oxidizes during storage which considerably lowers its nutritive value. Higher crude protein (CP) content which favours increased milk production. Crude protein content of grass pasture ranges between 12 per cent and 17 per cent while that of maize is around nine per cent to 11 per cent.

WHAT I HAVE ACHIEVED

Margaret has created employment and an income for over 5 employees working for her at her farms and shop.

She has trained over 200 farmers in dairy farming best practices and proper livestock keeping practices. She has assisted in trainings and gotten seeds from the cooperative, but also she now has a better relationship with other farmers in her area. Because they can see that she is doing well and has advanced they come to her farm for advice.

She feels empowered by the possibilities dairy farming has given her. She has since been able to build strong relationships with field officers and other dairy farmers, and although she is alone in her farm, she has in herself a strong sense of community.


MY EXPERIENCE AS A TALENT:

SERVICE: Training in the Learning Route Linking smallholder farmers to commercialisation practices – the case of Farmers Organisations in the Kenyan dairy sector.

THE TRAINING I HAVE RECEIVED 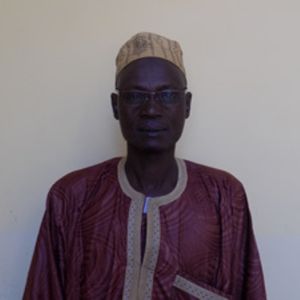 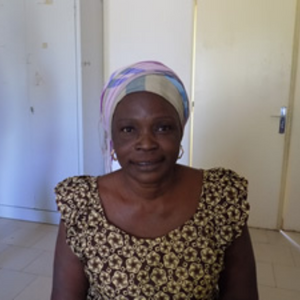 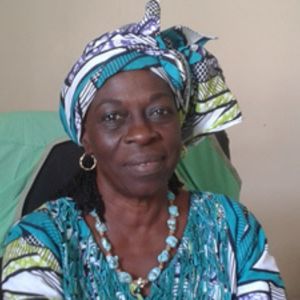 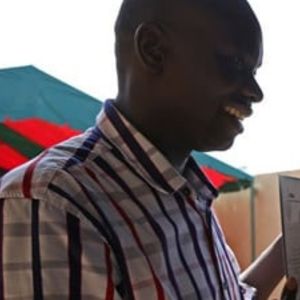 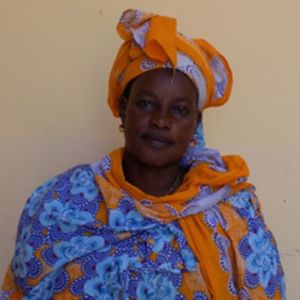 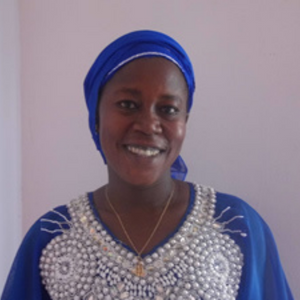